You remember we had you announced some athletes and team that had been eliminated from the Games for suspected doping? There, among them was Larissa Cunha, an elite Brazilian athlete which was found positive for ostarine.

Lari has not given up and has left his supplements for analysis in a laboratory recommended by CrossFit®.

The results were surprising: tests have shown the presence of a small amount of Ostarin, who would have been responsible for his positive test for the substance, in the doping test.

So, as he always claimed, he took it without his knowledge (since it wasn't written on the product label), Ostarine via a contaminated supplement.

According to the website Morning Chalk Up, the contaminated supplements would be beta-alanine and UC-11, a collagen.

The case of Lari Cunha

After two exams, Lari failed in both and was accused of using Ostarina to improve her sports performance; with this result he had to leave the World Competition.

At the time, Lari has used social media to explain her surprise and stressed the fact that she has always been against doping, for which the only explanation was that there had been cross-contamination with one of his supplements. 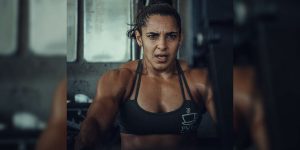 Unfortunately, many people have used nets to accuse the athlete of knowing its use and intentionally using it for their own benefit.

However, the athlete did not lose heart and continued to use social media to tell about his past, until after more in-depth examinations it was found the contamination of ostarine in two of its supplements.

“I left all my supplements for analysis at CrossFit® and got the news I was hoping for. What's more, the amount of ostarine found is too low to have an effect on my performance, ”he explained.

The athlete appealed to CrossFit® and succeeded in reduce the suspension from 4 to 2 years. Unfortunately, this suspension will only end in July 2023, however, prohibiting them from competing even in the CrossFit® Games 2023.

The penalty, albeit slight, is still severe, because he will have to do these two years without even being able to try a position at the Games.

The positive side is that the athlete has managed, within the CrossFit® wizard, to prove her innocence and above all to defend her reputation!

The punishment received by Lari Cunha is very similar to another doping case in which cross-contamination has been proven.

In this circumstance, the master athlete Kelli Holm demonstrated the contamination of one of his supplements with Cardarine.

instead, two other athletes who tested positive, Ashley Flesher (which tested for Ibutamoren and di-hydroxy-LGD-4033) e Deshawn James, of the Invictus Unconquerable team (who tested positive for metabolites GW1516, sulfone GW1516 and sulfoxide GW1516) did not appeal and received a four-year sentence.

Want to know more about substances prohibited by CrossFit®? We made an in-depth article! Run to read it!

We have activated a lot of discounts on Amazon: from 30 to 70% on all sports categories! Find everything on our dedicated channel

Abdominal vacuum: everything you need to know

Objective Buttocks: strengthening them improves the quality of life