By now we all know Gui Malheiros, after his exceptional performance on the final day of the Games; what few know is that the Brazilian elite athlete actually qualified three times in a row (but due to the pandemic he only participated in two Games, in 2019 and 2021) and, in the latter, broke a number of records.

The news in the career of Gui Malheiros after the Games

These days on the Malheiros Instagram profile incredible news appeared: it announced that from now on he will be a Mayheem athlete, box of the legendary Rich Froning;  this is far from a small thing. 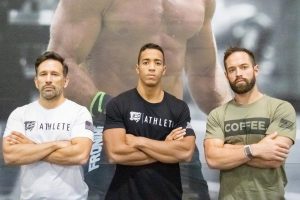 He will live in Cookeville, Tennessee (USA) and will be coached by none other than Facundo Etchecolatz. This name may not be known by the vast majority of people, but Argentine is the great one coach of the Mayheem team, as well as being a coach of Saxon Panchik and Lazar Dukic.

He has worked for years with Dave Durante (Power Monkey) and Chris Hynshaw (aerobic capacity) and Rich Froning hired him exclusively to train Mayheem athletes!

What will become of Malheiros now?

Undoubtedly, many things still have to happen in order to better understand what the future holds. However, the fact that he is now among the biggest names representing CrossFit® will undoubtedly be a push for Malheiros to get even closer to the podium.

However, it is worth remembering that the Brazilian is now under the wings of Froning, who is not very in favor of seeing his athletes make a bad impression in competitions. It will therefore be up to Malheiros to do everything possible to keep his place on the list of champions.

Her the first challenge will be the Rogue Invitational at the end of October and the Dubai Championship in December. Who knows how it will turn out!

Without a shadow of a doubt, what we can say is that he has already made his name in history as the Brazilian who is going the furthest in this international sport and has brought the eyes of the world to Brazilian athletes. 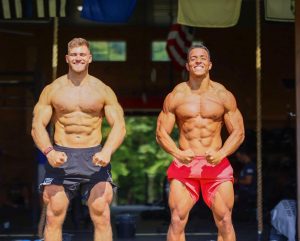 The background of Gui Malheiros

Gui Malheiros already is trained for a while with Noah Olsen, for which he has a great affection and says he learned a lot from his American friend.

Now he is next to Froning, with whom he will learn even more about the sport and develop several missing points. What can we expect for Gui in the coming years? We at CrossMAG are already predicting and cheering for the podium, and you?

Everything you need to know about vitamin E

Angles 90: how to spice up the most classic exercises!

Saxon Panchik's incredible transformation and 7 of his best workouts

CrossFit®: How many times a week?

Breaking News: The Buttery Bros will no longer produce the Games documentaries

Archer row at TRX: work the lats in single arm

White rice or brown rice: which is the best for our diet?