Bumper plates: there is no home gym without them! 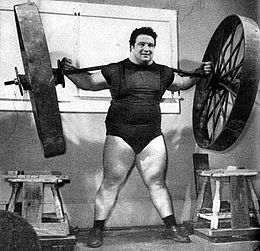 There was a long, intense epic moment in which steel sports materialized in cast iron. At the two ends of the balance wheel you could insert only and exclusively some "slices" of cast iron - almost nonexistent any shape in the shape of a handle, and often there was also a "border" that made it easy to grasp the disc (the accessory work on the grip it was however insured).

You still had to thank, because it was already good for you: you know it the classic image of Paul Anderson, strongman historian, with two wagon wheels loaded on his shoulders, and the poor man the balance bent by the weight? Or the "strange and heavy objects" that the first strongman retrieved from scrap metal, and used to train improbable lifts? 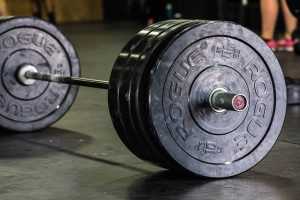 The fact is that in those days there were fewer restrictions, fewer whims, fewer commercial gyms complaining about the noise of cast iron on linoleum ... and less parquet so swooning that it starts shaking at the first sign of a deadlift PR.

Cast iron is an aggressive material, capable of leaving significant signs of your passage in the weight room, but also of "intruding" as a solid, intrusive and noisy presence in the space where which you are training.

Hence the birth of the bumper plate - and its spread thanks to the beloved CrossFit® ... but also to the flourishing of home gyms.

What is a bumper?

The bumper plate is a steel heart, covered with a thick hard rubber shell. It sounds like a description of a sensual ice cream, but that's it.

The rubber coating is gives a series of characteristics to the disc that those in cast iron just do not have:

Are all bumpers created equal? 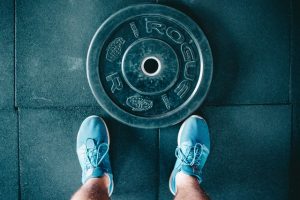 No: a bumper must be of quality, especially if you practice a discipline with a high dropping rate, such as CF and oly. At that point, a poor bumper you see immediately, because it will start to crack - and it will eventually break.

The other feature you need to take into account when choosing bumpers for your home gym is the bounce:

Make sure then, since it's pretty easy these days, say choose color coded bumpers. It will help you to be faster in loading and unloading the barbells.

Finally: there are "competition grade" bumpers, whose weight is calibrated.

So what do I buy?

Old school powerlifting with outdoor training in Russia in the middle of a clearing in a birch forest, the rack is built with the salvaged iron of an old shipyard, and between sets you have to keep an eye on that don't you pop out the bear to ask yourself if you've finished the series?

Are you really asking me which records to buy?

Anyway, we have activated a lot of discounts on our Telegram Fitness & Sport channel: from 30 to 70% on all sports categories! Find it all here ????

Find out how Tia-Clair Toomey stretches for the squat

10 foods that look fit, but aren't at all

Piriformis syndrome: what it is and symptoms