Luca Morassutto and his Project Judges: the exclusive interview!

There is no sports competition without a competent team that evaluates the athletes. This arduous work is carried out by a group of supervised children by the head judge and creator of Project Judges: Luca Morassutto.

There is a lot of history behind his experiences… from the garette to the garage, up to GAMES! And his passion shines through in every word he has dedicated to us in this incredible interview.

We took the opportunity to find out in advance how the races will develop in this particular period and what to expect in 2021:

Hi Luca, Project judges has been attending competitions in Italy for five years now. How do you think the role of the judge has changed since five years ago? 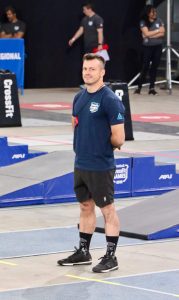 I try to make a reflection as objective as possible. When I started to take my first steps as a judge, I absorbed often conflicting information about standards. Right from the start I was convinced that some things were wrong.

A lot of judges didn't have a clue about the standards. Everything was resolved in a briefing held the night before, in a hurry. Often friends in the audience were asked to plug holes for judges who didn't show up.

It was a symptom of two factors: the figure of the judge was not in any way "codified" and consequently there was no form of respect for his role. So I decided to study the standards in depth by going directly to the source.

So I created the idea of ​​a group of judges that, by making experiences together, would grow from time to time, thus remedying what for me was the first problem: the lack of uniformity of judgment.

I believe that in this sense PJ was an inevitable turning point and point of no return, tracing a gap between approximation and system.

You are famous for never having delays in competition. How do we get to the "finished product", to the race as we see it?

The finished work is the result of the convergence of the passion and dedication of a fantastic team. Think that Project Judges for each race makes an inspection, provides suggestions on how to structure the field and areas, records the qualification videos which are followed by the correction of the qualifiers. This is a very, very serious aspect for us.

About fifteen judges deal with the first correction. In the event of a high penalty, that video is reviewed by a team leader and finally, should that penalty be confirmed, it is reviewed by one of the race head judges.

It means that a video can have up to 3 controls. It is a huge job, which requires a huge amount of hours, we do not like approximation and we are always for meritocracy. We then prepare the race timeline and in this our ace is Alessandro Caccia who manages the timing of the events.

On the basis of the wods presented by the competition organization, we prepare the athletes' brochures. This is an aspect of which we are really proud and which is now rightly copied by everyone. Once upon a time there was only a briefing, which was more a moment of confusion and waste of time than an added value. 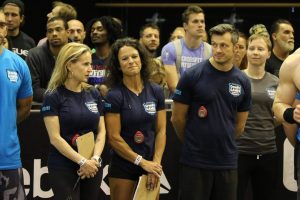 Today the brochure allows you to give all the useful information. In the field, that information is confirmed heat by heat by the Stage Manager, another figure that we introduced 3 years ago and that many races not managed by us have found so useful to copy it in turn. Fantuzzi in this role has become simply perfect.

On the court then we use a scheme that I created 4 years ago and has since become PJ's trademark: 2 head judges and three team leaders in control of the court. This allows very experienced judges to have widespread control on the competition field by filing or remedying any errors of the judges that could penalize the athlete.

Your racing resume lists more than 80 events in the role of judge or head judge. In particular, however, we see a voice ... the Games. Tell us about it?

Without a doubt, the Games were the most incredible thing I've experienced as a judge. On a human level they are an insane injection of energy. There everything is made to be of service to the international community that converges in those days of competition. 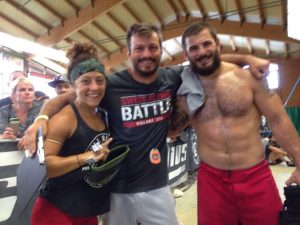 Nothing is like the Games, simply nothing. The first experience was with the age division and I guarantee you it was intense, to the point of judging 4 hours in a row by seeing unique sporting examples and virtuosity.

The second is teams, the pinnacle of a judge's career. More than there, you do not go. I judged Froning, Crypton, Invictus, OC J Black and other teams. I was like a kid on his first question. Terrified of hurting !!!

In terms of training, however, the real school were the Regions, both the Meridians and Europe. They were basic to make me understand the difference between carelessness and perfection. Regions are pure and simple perfection. Having lived through those I couldn't accept to resume judging in a different way.

Today in Project Judges we teach what we have learned to the Regional.

Do you remember any difficult moments? And how was it solved?

Each race has moments of difficulty. Athletes who get injured, rain that forces you to stop the event, tools that throw a tantrum. The essential thing is to learn, learn, learn.

At the Lombardia Challenge a boy coming down from the rope hurt his knee a lot. He was taken away in an ambulance and we lost an hour and fifteen minutes. We were late. I picked up the microphone and asked the athletes to help me finish the competition on time.

Their job was to show up on time, my job was to run the mechanism. Electricity was also put on. Momentary blackout… and in that moment a team had to finish the wod. I was ready to turn on the phone flashlight and light up the team, I was immediately imitated by all the judges around.

We finished 3 minutes early I think. How do we solve the problems? It takes initiative, inventiveness and a crazy team behind!

From your point of view, how have competitions changed over time and what characteristics must a competition have for you to follow it? 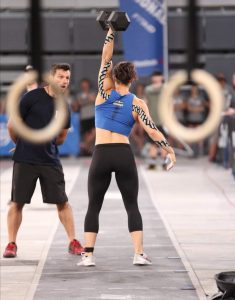 To date, Project Judges marries those competitions that start from the fundamental premise of investing in the athlete by offering him a racing experience entirely focused on him.

There are many elements that I believe today make the difference: wod, location, timeline, number of competition fields, quality and originality of the offer, costs.

Take for example the Southern Warriors where the competition fields are three plus an OCR; it is an absolute novelty on the European scene. To see something like this you have to fly to Miami! It is no coincidence that the international presence in this competition is so strong; the sooner the Italian athletes will realize this, the sooner they will embrace a unique international experience.

Let's take the Roma Throwdown as a further example, where Marina Novelli introduced different WODs for the categories, following in an absolutely intelligent way what is done at the Games and expanding the offer to other categories, such as experiences.

Let's think about how this competition, with a unique location in the world, can offer virtuous comparisons with athletes from all over Europe.

Let's think about Crossleague, when it introduced hay bales! They liked them so much that almost everyone then used them. Let's think of Pietrasanta when he put the test at sea in April with the wetsuit. We think of the breathtaking location of the Wodagoa in Genoa; to the virtuous initiatives of the Tuscany towards donations to the Hospital of Florence.

Today the athlete has a huge offer in front of his eyes, so it is right to differentiate and invest in the athlete.

I hope that we can return to a normal condition so as to follow the competition fields; many races await to physically place the black tiles on the ground and mount the rig.

Vitamin A: health benefits and where to find it

It's time to swing! (Exercise, not dance)

CrossFit® and Kickboxing: a functional combination?

CrossFit® and Corsa: can you do both?

Interview with Zoran Filicic: the Italian voice of the Rebook CrossFit® Games 2019 - Part 2

Chia seeds and weight loss: here's what you need to know

How to lose weight (10 kilos) for the summer: some tips to follow!