Muscle snatch or power snatch? Which to use (and when)

Suppose you want to deepen the Sacred Art of the Barbell. What are you targeting?

An advice: to weightlifting.

The beauty of certain disciplines is simplicity. Are you a powerlifter? Deadlift, squat and bench press for breakfast, lunch and dinner. Are you an Oly lifter? You focus on snatches and clean & jerk. 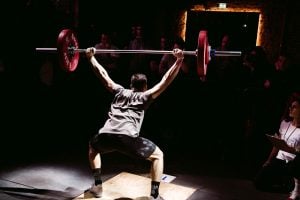 That would seem like an easy task. In reality the simplicity is only apparent, because the work of an athlete in these sports it is not limited to an incessant number of reps of competition movements, but must necessarily integrate a series of complementary, partial and accessory movements to enhance the different phases of the basic movements.

For the Olympians, the key movements that allow this are two:

Advantages of working with complementaries

Muscle or power snatch? The differences

Without going into too much detail, the key difference is this:

in both movements, the weight starts from the ground. After the first and second pulls, in the muscle snatch the bar is pushed up WITHOUT the legs having been bent on receiving. In the power snatch, the legs bend to a half squat instead.

When to use them?

The muscle snatch is mainly used at the beginning of the session, to "prepare" the body for snatch work. Not only that: this movement allows you to 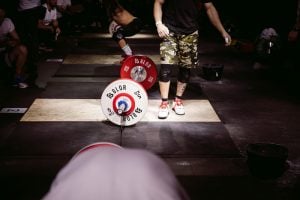 When you train the muscle snatch, you should combine it with the overhead squat and the power snatch. Always use loads ranging from 40 to 60% of your best snatch.

The power snatch has numerous benefits:

That said: contact your coach to prescribe an adequate diet of muscle and power snatches to improve your performance in Olympic lifts.

We have activated a lot of discounts on Amazon: from 30 to 70% on all sports categories! It's all on our dedicated channel ????
SUBSCRIBE HERE TO THE TELEGRAM CHANNEL

The (unwritten) rules of etiquette of CrossFit®

The powers of the nettle: an ally of health

Squat jump: an exercise for the lower body that has only benefits

The best of 2020: the most read articles of the year

Is there a schedule in CrossFit®?

CrossFit® challenges are popular on the web