Train your abs: do the basics (and avoid mistakes)

Raga the situation is dramatic (we all know, damn covid-19).

We are all rightly anxious about the “How do I train now that the CrossFit® boxes and gyms are closed", and if you add that training in the parks and on the banks can no longer be done, well, the omelette is done. (But if you are among the lucky ones who have a private garden, you should read our article on WOD you can do at home.)

Well, there is another possibility.

Training the abs: the 80's solution to training at home.

Abdominals: what a joy! 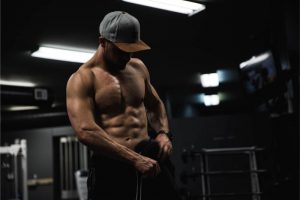 I said the 80s because when I was young, in the XNUMXs, the sports for the general public were aerobics ... and abs. Stoning series after series of crunches was a kind of moral obligation, and there was also the perverse fixation for those hooks that allowed you to hang upside down on the pull-up bars and do some very sexy reverse-something (I swear: you see this scene in several films of the time).

Joking aside, forced confinement in the home can be an opportunity to rediscover abdominal training.

So I know that you never do them in the gym.

And if to say "I do the abdominals" you know too old-fashioned, you can always say "I train my core", and you'll be 10x cooler.

The fundamental exercises for the abs

Let's start with a premise: you can do anything to the core muscles. In the sense that there are plenty of abdominal exercises. Some are super-classic and banal (the crunch), others are obscure, bordering on the esoteric (like the infamous abdominal vacuum exercises, which if I want to talk to you one day).

The basic exercise. What everyone can do: Just lift your shoulders. How do you feel if you're doing it right? After 30 or 40 seconds, you should feel your abs burn (if they are the first times you do them).

Like crunch, but on the contrary: raise your legs, without kicking or helping you with them. The legs must always move them, the abs.

We have talked about the plank in several occasions. It is the fundamental ofisometric training of the abdominals, which are activated practically in their entirety. There are several variants of the plank, among which the ... 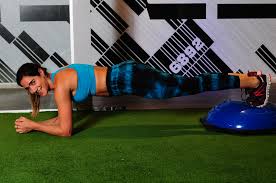 Puts the focus on oblique and square rhombuses. Is the basic version (the one on the elbow) too easy? Extend your support arm, and put your feet on a rise.

You can find it in different WODs. It can be considered the advanced version of the crunch, but be careful: a poor technique in doing it, and strain your back for nothing.

Let's get serious. To be able to maintain the isometric position, you need not only strength in the abs, but also stability in the arms. This movement is preparatory to different movements of the calisthenics.

Directly from the world of gymnasts, a great way to train both the abdominal rectum and the obliques. Just remember: arms by your sides, easy, arms extended above your head, difficult. 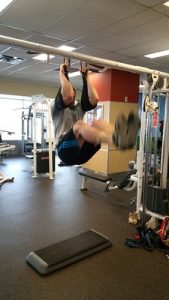 The verse exercise for the so-called "low" abdominals (although in reality the muscle is always the same). The legs are used to train the abs.

Bruce Lee and Rocky / Stallone doted on this exercise. Eye that the tension on the cervical and abdominal muscles is very high, but this position is a very coveted goal... especially in its most difficult form: the one that touches the floor. 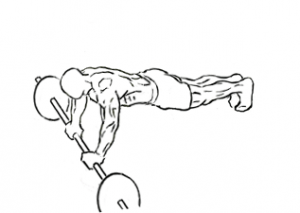 One of the most refined, economic and practical contemporary torture instruments. The AB wheel will make you tremble with pain and weakness. Start on your knees, and only after a lot of practice can you think about the variant with a standing start. The intensity of the latter is incomparable.

PS: abdominal roll can also be done with the barbell.

I went on, I knew it. Here then are these blessed mistakes to avoid when training your abs:

The images in this article are taken from Wikipedia Commons, PxHere.com, Flikr.com

My story at the 2020 World Rowing Championship

CrossFit® and pregnancy: allies on the path of birth?

Fat-soluble vitamins, what are they and where to find them?