What is Murph and why is it done in CrossFit?

What brings a young American from his typical village of painted wooden houses overlooking a bay a stone's throw from the mythical Long Island, to fight terrorism thousands of miles from home?

The desire to serve his homeland, certainly. And for sure, something bigger.

It is 2005. Michael "Murph" Murphy is a nearly thirty year old Navy SEAL when his team is surrounded by the Taliban near Asadabad, Afghanistan.

Michael will turn out killed in action - fell on the field. He will be the first US Navy soldier to receive the Medal of Honor since the times of Vietnam.

Murph, the most classic of the WOD Heroes

Il Murph it was one of the most loved WOD by Michael Murphy. So loved that he gave him a nickname himself: Body Armor, the body armor.

The WOD - which took its nickname - is often performed on the anniversary of Murphy's fall, the 28nd June.

The Murph in numbers 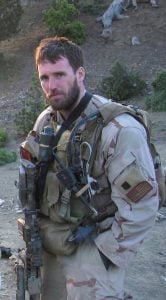 Murph is simple, e old school. It is reduced to the bone, so much so that you could do it at first lesson of CrossFit: but it is so hard to put even the most experienced crossfitter on its knees.

In Murph there is (obviously) the body, but there is also the head, which finds itself experiencing sensations that speak - scream - of fatigue, limit, of last rep even if the last was the previous one, you were sworn, you swore to your muscles that they consumed glycogen at a worrying rate.

The race embraces the exercises, opening and closing the WOD. Free-body exercises can be segmented as you see fit.

If you can - if you have it within reach - you should do WOD with a 10 kg ballasted jacket.

As if it were not already so hard, the Murph is a WOD with time limit, and should be closed within 70 minutes.

As simple as it is, the Murph requires considerable effort on a large part of the body musculature.

If you are starting from scratch and you want to tackle this WOD, you should first segment the exercises, starting with 500 meters running, 5 pull ups, 10 push ups and 15 squats.

The ideal would be to be able to prepare the Murph in ten training sessions. For example, training 3 times a week for 3 weeks, finally taking two days off before trying out WOD in its entirety.

When you feel ready, i main tips to survive the Murph I am:

Jay Crouch, the interview: at 20 years, he's the top crossfit athlete in Australia