On all the instruments of suffering there reigns squat with barbell - strictly with load on the back. Starting from this, in the flowering of variations, Superset, attacks of nausea and scales impossible to do the next day, the variety of exercises to slaughter the legs seems endless.

What is surprising is that there seems to be no limit to the concept of variant.

Let's talk about what can happen after the free body squats. 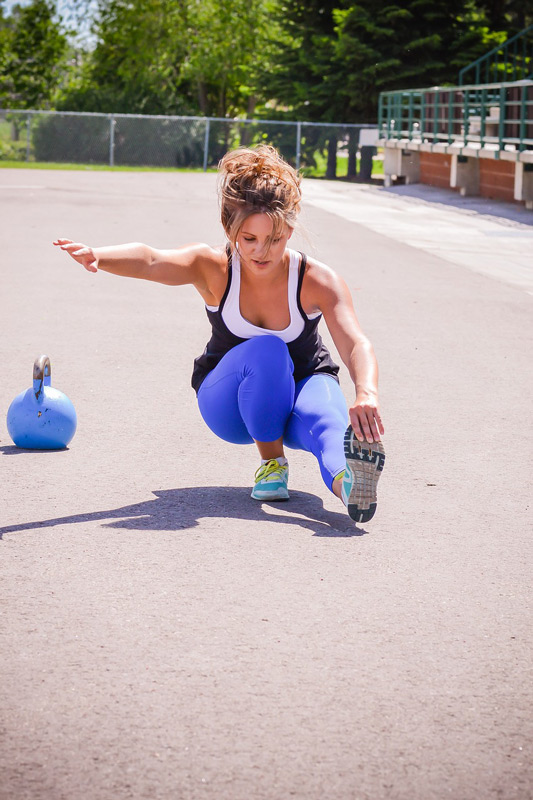 Pistol Squat, or the beginning of an epic.

The epic is the one you have to face to be able to do them.

Il Pistol Squat it is simply the one-legged squat. The other remains extended forward, to provide a counterweight to the movement.

I advantages of the correct execution of the Pistol Squats are many:

How to perform the Pistol Squat

The execution of this movement typically calisthenics it is - in words - very easy.

The combination of load and balance causes a progression to arrive at the Pistol Squat.

The progression to your first Pistol

It all starts with the bodyweight squat. If you are a CrossFit® enthusiast, these should have been in your arsenal for a while.

From here you can start progressing towards the Pistol Squat.

One way to deal with this progression is to do six series from 6 rep of each movement. When you complete them, you can move on to the next move.

They are always slow and controlled movements.

I promised you I'd bring you, wouldn't you?

If you now want to raise the level, try inserting them into a Tabata style workout.

Keep your weight in shape with a low carb diet. It's possible?

CrossFit® Glossary, what you need to understand the whiteboard

CrossFit® Games 2020 starts this week - here are all the details

What is Kombucha: 8 beneficial effects for health